Top 5 Regrets of the Dying

It’s more of a personal post. It’s something that has impacted me greatly over the last year or so.

Over the last year, I read a book called “Top 5 Regrets of the Dying” by Bronnie Ware.

Basically, it’s about a woman who in her 20’s spent time working in palliative care, taking care of people who were on the brink of death.

Her direction in life, what she wanted to do…

Like so many of us in our own lives.

It is in her experience with the dying that she learned many valuable lessons about life and how to live a fulfilling one. 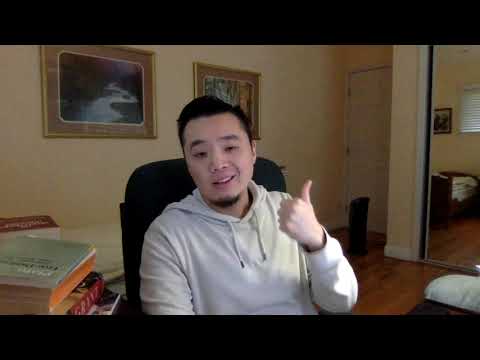 For some time, I had also been aware that death can be our greatest teacher.

If you haven’t, I would recommend watching Steve Jobs’ commencement speech to Stanford graduates in 2005.

I deeply believe that death can be our greatest teacher.

I thoroughly believe that some of our world’s greatest leaders and revolutionaries had their brush up against death before they really made it big.

I think death can be a wake up call to make us realize what’s really important in life.

I mean, if you know you have only 30 days to live… would you really care what others thought of you?

If you knew you only had 3 months to live…. Would you hesitate at all to do the things you’ve really wanted to do?

I’m a big hip-hop fan, and I think of so many of the big name rappers throughout history… and so many of them had their own brush up against death before making it big…

Kanye West in a car crash before he became famous…

I think being face to face with death wakes us up to what’s truly important in life.

It’s a sobering thought. But it can be our greatest teacher.

In the book by Bronnie Ware, she lists the 5 biggest regrets people have on their deathbed.

Regret #1: I wish I’d had the courage to live a life true to myself, not the life others expected of me

This hit home for me.

You see, so much of my life growing up I wanted to fit in. I’m sure much like most people.

But only later on in life… in these last few years…

Have I truly begun to embrace the differences in me compared to other people.

You see, I was born in China.

When I was young, my family moved to Canada and then moved to America.

I didn’t have the same upbringing as most kids in my schools, and for one reason or another I always felt like I was somewhat different.

It’s like I didn’t fit in with the American kids, and whenever I met kids who had just immigrated from China, I didn’t quite fit in with those kids either.

It was over time that I learned to appreciate my differences, and today my uniqueness is what I take pride in, and try to double down in every chance I get.

I once heard the great Tony Robbins say that we are most happy when we are truly being ourselves.

And a surefire way to know that we are being ourself is when we are feeling alive.

When we are feeling enthused for life, like when you feel alive, you know?

It’s like the opposite of what I picture someone sitting in a cubicle dreading a job they hate, and literally wasting their life away.

But Tony Robbins says that the challenge most people have to being themselves is first knowing who they are in the first place.

“To be thyself, you first need to know thyself” – Tony Robbins

He says that most people don’t really ever know themselves because they just behave in ways they have been conditioned based on the expectations of the people around them.

Are you truly being who you want to be?

Are you truly doing what you want to do?

If not, why aren’t you doing those things?

Are you conforming to the expectations of your parents? Or teachers? Or employer?

“You mean to tell me that literally the number one regret that people have just before they die is that they never had the courage to be themselves or life a life that they wanted?”

Reading this book changed my life.

Now, this is actually something that I disagree with.

It’s something that I both disagree AND agree with.

What do I mean?

Well… I mean, life is short.

If you love helping other people through selling your product, make a bigger impact on more people!

What Bronnie is talking about in this book is not that kind of work.

She is talking about the work that people are not passionate about.

She’s talking about the kind of work where people clock in at a certain time, and clock out at a certain time only to dread going to work the next day. That is the type of work that she says people regret doing.

I guess the point here is to do meaningful work. Work that you believe in.

Work you’re passionate about, and that will make an impact.

Regret #3: I wish I had the courage to express my feelings

So simple yet so underrated.

Authenticity and truth is something that is highly valuable in sales as well.

The best salespeople from what I’ve noticed are the most transparent and authentic.

Authenticity resonates no matter what context we’re in, because at the end of the day, we’re all human beings…

And we can intuitively pick up when someone is being honest as opposed to not.

Regret #4: I wish I had stayed in touch with my friends

This is another one of those which I agree and disagree.

I believe that as we grow and move on in life, we are meant to let go of certain relationships…

And that connection is a vital human need of ours.

I do believe that surrounding ourselves with positive people who support, challenge, and push us forward is a key ingredient in living both a fulfilling and successful life.

Regret #5: I wish I had let myself be happier

This is another one that’s so simple, yet so profound.

It all comes back to being ourselves. You can’t be happy if you’re not being yourself!

And you can’t be yourself without first knowing yourself.

And just as Tony Robbins says, a surefire way to know you’re being yourself is when you’re feeling alive.

But I had an urge to share this, as I think it’s important.

It’s important to leverage death as a tool for us to live more fulfilling lives.

If you knew you only had 30 days to live…

Would you give a shit about what the person on the other end of the phone would say if you make a cold call?

Would you give a shit what your coworkers would think if you made a mistake on a cold call?

And that’s the takeaway here.

At the end of the day, none of that stuff matters.

So with that said, get out there…

Go do what you want to do…

Go do what you’re meant to do…

Because at the end of the day, what difference does it make?

Your going to die anyway…

So don’t let anything stop you…

Don’t worry what others think…

Don’t worry about what others will say…

Remember, if you knew you only had 30 days left to live, would what you’re worrying about now matter? (Probably not…)

If you knew you had only 30 days left to live, what would you truly care about?