Sales 101: Getting On The Same Side 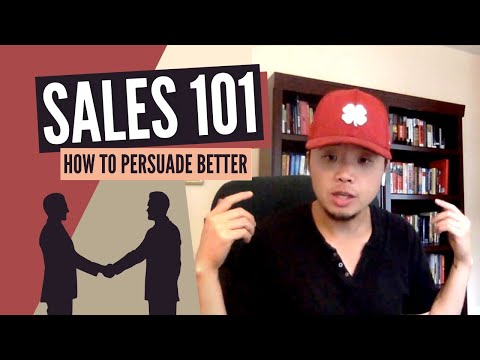 And it’s something that you’ll want to pay particular attention to if you’re new to sales or just got into it within the past few years.

Or even if you’re not in sales at all, but want to improve your communication skills. This is relevant for you, too.

It’s the concept of “getting on the same side” as your prospect.

It’s important to get on the same side as that person.

In other words, it’s important to make it clear that both you AND your prospect are on the same team.

The last thing you want as a salesperson is for the prospect to see you as an “opponent” who he or she is “fighting with.”

But that’s exactly what happens when most people are new to sales or they aren’t aware of what are the proper things to do.

And really, that’s what you should strive to be.

The best salespeople are always the salespeople who can and do add the most value to their prospects.

They do this in many ways:

I’ve mentioned this several times throughout my posts that sales is truly just about providing solutions and helping people at the end of the day.

But back on the topic at hand.

Here’s a story that helps to illustrate that point:

Imagine you’re a potential buyer of a car who is shopping around.

You walk onto a Ford car lot, and the Ford sales rep sees you pull into the lot in your old Chevy truck.

In the first one, the sales rep graciously walks over to you, nods politely, and gestures in a friendly way and says,

“You know what? I used to have a Chevy truck like that myself.

I could totally see how someone could love a car like that. I sure did, until it started having some problems later on and then I got my first Ford truck.

What brings ya in here today?”

Now, compare that with the second scenario where the sales rep walks over and says,

“Whoa that is an old piece of crap Chevy! I can’t believe you got that thing over here.

Chevy trucks suck, I bet you regret buying that thing”

How do those two examples compare?

That’s what I’m talking about when I say getting on the same side of the table as someone.

You agree with them (or the part that you find agreeable in what they said – in other words, find common ground) and let them understand that you are on their team.

You are NOT there to fight with them, to combat them, or coerce them into doing anything they don’t want to do.

You’re not one of those kinds of salespeople.

In whatever way, shape, or form…

I’ve realized that the “top” sales reps truly are just the ones who add the most VALUE in the sales process however you want to define that.

They’re the ones who provide the most valuable insights to their prospects.

They’re the ones who follow through and do what they actually say they are going to do… every time!

They make things happen, mobilize resources internally to make sure the prospect’s needs are met.

In other words, they get the job done – period.

They say that good sales reps literally create their OWN economy.

Well, we’re sure seeing it right now in this economy.

Whatever space you might be in right now, I am confident that there are people out there moving and shaking, making it happen.

They are connecting the dots and seizing opportunities.

How does this all relate back to the topic of “getting on the same side of the table?”

In order for there to be a sales process at all, you must first get in RAPPORT with your prospect.

You both must first get on common ground.

You’ll see seasoned sales reps due to this naturally.

In fact, we all do this naturally to some degree.

Think about the situation when you meet a friend of a friend.

As you are getting to know this new mutual friend, I can imagine you might ask how you know the friend that you both know and seek to establish things you may find in common with each other.

Or you may begin modeling each other’s body language, or tonality.

These are all signs of established rapport.

Only once you have established rapport, can you begin to lead your prospect through the sales process.

Good salespeople – (and I’m not just talking about professional salespeople here, but people who are persuasive and have strong influence skills) – have a STRONG ability to develop rapport in a wide variety of scenarios.

I almost think of it comparable to street smarts.

I was once at an afterparty event held by the Watchers and we were at a fancy hotel in Los Angeles.

There were Rolls Royce’s and Ferrari’s parked outside.

Chase, one of the founders of the Watchers group was standing at the bar with his Audemars Piguet watch dipped in glistening diamonds.

Tai Lopez was there too. You probably remember him from his now-famous Youtube ad “Here in my garage with my Lamborghini”

I actually went up and asked him a question.

I asked, “Hey Tai, if someone read a ton of books, would it make them successful?”

“Not necessarily, you need street smarts AND book smarts.”

At the end of the day, “street smarts” is in a lot of ways synonymous with having highly tuned skills of adaptation, sensing the environment, and building rapport.

So there ya go, just some quick thoughts on “getting on the same side of the table” and building rapport.

Hope you found this valuable, and please be sure to subscribe for more exclusive content to your inbox.