After my family, probably the person who has shaped my life most is Tony Robbins.

Today is his 60th birthday… 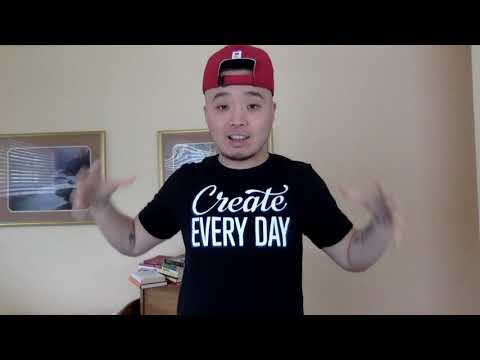 And I can only imagine the ripple effects that the people who have been impacted by Tony have made.

Today I’ll be sharing some of the main ways how Tony has helped me become a better salesperson.

Tony hosts his signature event, Unleash the Power Within, every year in different cities around the globe…

Is the concept of “State Management”

How to manage one’s own state.

We can define state here as one’s emotions, thoughts, attitude, and perspective.

In sales, managing our own state is absolutely critical.

The reason is because, as you know, sales is a profession that has risk and reward tied to it.

We need to be able to control our own internal dialogue, thoughts, and emotions…

To best serve our prospects and ourselves moving forward.

You can’t let something get you down… just gotta shake it off,

Assert your own internal dialogue, and get it right back together.

In fact, it was Tony Robbins who said “Success is 80% psychology, and 20% strategy.”

So how does one manage their state?

We manage our state through 3 ways:

You can think of managing our state as three legs to a stool.

The first leg is: physiology

In other words, the way you use your body.

That is, the way you move your body determines what kinds of chemicals get released into your brain!

Like, if you stood up strong and tall and raised your arms above your head like you just conquered the world…

You’re probably going feel some sort of euphoria or confidence.

Conversely, if you asked anyone what the physiology of a person who was depressed looked like…

That person will be able to describe it to you…

Regardless of what culture that person is from!

We all know a depressed person will probably have droopy shoulders, head down, very quiet kind of demeanor.

So one way to control our state is through physiology.

In other words, “motion creates emotion.”

You probably already do this in some way, unconsciously.

Like for example, have you ever just went on a run or went to the gym to get something off your mind?

You’re using your physiology there to help you feel better.

In fact, one simple way to use physiology to change our states is simply by drinking more water.

When I attended my first Tony Robbins conference in 2013, one thing I remember him saying was how most people are just dehydrated.

And how when we are properly hydrated, we tend to have less negative thoughts!

Wow! How mind-blowing is that!

Sales is already hard enough, I don’t know about you but I can do without the extra negative thoughts!

From then on, I started drinking a lot more water.

While physical activity is one of the best ways to activate our physiology, another simple but effective way…

Is simply to just breathe.

I know it sounds corny, but it’s true.

The only thing we need more than water to survive is oxygen.

The truth is that most of us have forgotten how to breathe properly.

When we take in deep breaths, most of us only fill up their upper lungs and thereby lifting their shoulders.

Proper breathing… and most musicians and singers will know this…

Engages the diaphragm, which actually pushes the belly out when done properly.

Doing those two things alone go a LONG way in managing our physiology and state.

Those actions literally cause biochemical changes in our bodies, allowing us to feel differently.

The second way to control our state is focus.

You see, what we focus on expands.

In any given moment, there are literally countless things you can put your focus on.

The blue sky above you.

The wind brushing up against your elbow.

The blood rushing through your left ear.

We can go on and on.

But what I learned from Tony Robbins, is that “Where focus goes, energy flows”

What you focus on expands.

Because there are so many things that we can focus on, we need to learn how to control our focus.

In any given situation, there are positive and negative aspects of the situation…

Depending on how you look at it.

And to be effective in sales, we must learn to master our ability to control what we focus on.

I believe it was Napoleon Hill, author of Think and Grow Rich, who said that the biggest thing he learned about successful people and the unsuccessful…

After a lifetime of studying success…

And that unsuccessful people would only see the hole in the middle.

Especially in the early stages, when someone is learning to sell…

It can be challenging and it can be frustrating..

It’s incredibly important to be able to take control of ones focus and celebrate the small wins along the way.

(On a side note, if you are just starting out in sales, I created a 6-week course called: The Sales Playbook, you can watch a webinar to learn more about it here)

Lastly, the third leg of the “managing our state” stool is Language.

Tony originally was a student of NLP (Neuro-Linguistic Programming).

Which basically says that the way we use our language affects how we mentally project images in our mind,

And how it affects our experience of life.

After learning this, I’ve become more aware of how the language I use will evoke certain states or thoughts towards something.

For example, if you used the language…

But using one form creates a much different emotional response than the other!

I would have to say that Tony Robbins has taught me a lot.. and in a great way inspires me to be all that I can be.

And the impact they’ve made on this world…

I know that there will be countless people lined up for miles for this man.

Tony really taught me the power of questions.

Especially in sales, the ability to ask great questions is so crucial to the success of a salesperson.

I’ve mentioned time and time again that sales is more about asking great questions and listening than it is about talking.

That’s because sales is about understanding…

And Tony understood that “questions are the answer.”

The one who asks the questions is the one who controls the conversation.

And if you have been selling for any amount of time, you will recognize this to be the truth.

We have been conditioned since infants to respond when we are asked a question.

Have you ever tried to resist answering a question when you were asked one?

We have to control ourselves, because our automatic response is to give an answer.

Another interesting fact about questions, is that when asked with enough authority, our brains will find an answer to that question.

So a question like, “What’s the most effective way for me to hit my quota?”

Is going to elicit a much different answer than if you asked, “Why does everyone have better accounts than me?”

Whatever you ask of your brain, it will find an answer for.

In addition to that…

Whenever you ask someone a question, regardless of whether they respond to you verbally…

They will answer in their minds.

So even if they don’t say out loud the answer, they are saying it to themselves in their heads.

Which is incredibly powerful.

This is a bit more of an advanced move in sales.

Anyways, that’s it for this article folks.

In the spirit of Tony’s birthday, check out his “Mastering Influence” course which he created decades ago, but still just as good.

It is honestly probably the best sales course I have ever purchased.

Sales principles don’t change much, and what was true 30 years ago is still just as true today.

So check out his product: Mastering Influence.

The Power of Knowing the 80/20 Rule in Nature

How does the power of this universal law affect us in our competitive life?       Hey, everyone. Today I want to talk about a topic that’s commonly known, but less commonly understood for the significance of its impact….

3 Ways to Control Your Focus and Help You Achieve A Breakthrough In Life Hey, guys. So over the past week, I attended a live training by Tony Robbins and Dean Graziosi in the KBB course I purchased from them….