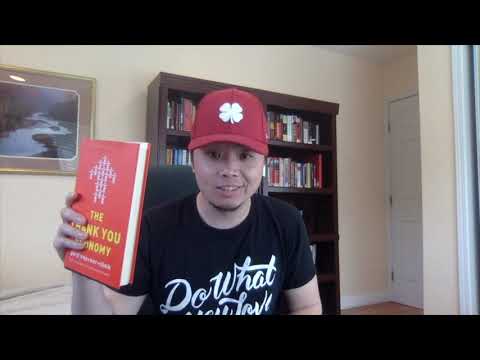 In this post, I’ll be sharing a review of the books I’ve been reading for the month of April.

Hopefully, some of these pique your interest—and have you end up picking them up for yourself!

I’ve been becoming a fan of Ryan lately.

Ryan’s also in the Arete group I’m in… but instead of the Accelerator, he’s in the Syndicate, which is the higher-level group.

These people are generally pulling in a 7-figures net at least a year.

What I also like about Ryan is just his authenticity.

I mean, make no mistake about it.

When you read his content, there’s no BS with him.

He gives it to you real and uncut…

He’s also willing to share his vulnerabilities and struggles that have helped him get to where he is.

I heard this saying a while ago:

“Your mess is your message…”

I believe that to be true. It’s oftentimes the things we’re most afraid of sharing that’s going to provide the most value for our audience.

…and I’m glad because it’s people like him who ARE willing to be real and authentic that’s personally helped me the most.

Maybe that might be true for you as well!

I won’t spoil his story for you.

All I gotta say is check out his stuff!  It’s GOOD!

Here’s a sneak peek though:

There is an exercise that he walks you through in this book that helps you visualize the “most elite” version of yourself.

It was pretty cool, and quite a treat.

I definitely recommend this book!

2. The Underdog Advantage by Dean Graziosi

Dean is an absolute OG in the personal development space.

While he might be relatively new to the social media scene…

He is probably the only person alive with as much experience he has in the personal development space… only second to Tony Robbins.

In fact, he and Tony are good friends!

I actually recently picked up their KBB (Knowledge Broker Business) Program that teaches you how to be a part of this self-education trend that’s going to be a $1 BILLION per DAY industry by 2025!

Talk about a massive shift in our world!

Anyways, back to the topic of the book.

Dean has been an underdog pretty much his entire life.

This guy is a HUSTLER.

I mean… by the time he was 25, he owned an auto collision repair shop, ran a used car sales lot, and owned a bunch of apartment buildings.

This guy is a straight killer.

But most of all, he’s also authentic and genuinely wants to help.

He shares with us that although he isn’t anywhere near an “underdog” nowadays, as far as his lifestyle goes, he still strives every day to keep that underdog mentality.

Because he realizes how POWERFUL it can be.

If you’re reading this blog, chances are you’ve probably felt like an underdog most of your life.

And I did too…

But it wasn’t until recent years that I realized just how much of a gift that was.

It was Tony Robbins who taught me that:

It’s about resourcefulness, not resources.

And as an underdog, you gotta be resourceful.

In fact, I recently heard in an interview with A-Rod and Ed Mylett.

Where A-Rod talks about this:

He said that life is like a poker game…

“You gotta play the good hands well, and you have to play the bad hands better.”

If you’ve ever felt like an underdog and have the need to be “resourceful” because you didn’t have the resources….

You know exactly what I mean.

This is a great book. I definitely recommend it.

So in last month’s book reviews, I mentioned that it’s important to understand your target demographic.

This is true whether in sales or in marketing.

So that’s the reason I’m reading this book.

After diving into it, I learned quite a bit about the cultural values of Nordstrom.

Nordstrom is really a stellar example of a company that is BUILT on cultural values.

At Saleslucky, we have our cultural values listed proudly on the front page. It’s one of the first things you see when you land on the website.

If you haven’t checked it out… here they are:

There are plenty of stories from Nordstrom’s history that make these companies’ values absolutely extraordinary.

It’s a famous story of how a customer went to Nordstrom to return some tires!

So Nordstrom had recently acquired a couple of local department stores at the time, and within those stores, they had a section that sold tires.

An older lady walked into the store, holding a used tire, thinking it was the old department store.

So the Nordstrom rep walked up to the lady and asked what she wanted.

The lady told the rep she wanted to return the tire she bought.

Instead of saying no, the Nordstrom rep asked the lady how much she had paid for the tire!

The lady said about $20. Then the rep went behind the counter, grabbed a $20 bill, and handed it to the lady and she walked out.

This is a true story, and stories like these are what great companies are built of.

Behind every GREAT company is a set of cultural values.

Overall I would recommend this book for anyone interested in learning about Nordstrom’s cultural values, and how they apply to business.

4. The Thank You Economy by Gary Vaynerchuk

If you don’t know who this man is, you have to have been sleeping under a rock these last few years.

Since his first book, “Crush It!” in 2009, he’s been right on the money in how our world has evolved with the advent of social media.

One thing I’ve learned from Gary is this:

USE social media instead of letting it use you.

This was about 2 years ago when I was still selling to Procurement departments cutting my teeth in sales.

I was doing alright.

But one day I checked the usage on my phone, and I was logging about 5 hours per day between Instagram and WhatsApp!

That’s almost a bit EMBARRASSING to admit… especially because I thought I was “on top of my shit.”

I was spending 5 hours a day on social media.

And he illustrates many ways to do this by leveraging the tools we have at our disposal today.

I love Gary. His caring and authenticity emanate from him so much… that it’s hard to NOT notice.

He puts a TON of value out into the world. I have nothing but love for the positive impact he’s had on my life and others.

As they say, the ripple effects from one person’s actions can be incredible.

Although I do admit that I find Gary’s video content much more magnetic and easier to digest than his written content.

Probably due to his hyper-fast and energetic way of being… regardless, you NEED to pick up this book.

Every business person who wants to be relevant in today’s world can learn a thing or two from Gary.

5. Reality in Advertising by Rosser Reeves

Finally, the last book for April is Reality in Advertising by Rosser Reeves.

It’s no secret that as I’m building this blog, I’ve had to start learning advertising and marketing.

Unfortunately in today’s world, the old adage of “If you build it, they will come” is not true.

“If you build it, and it’s a great product…. They will come, only if they KNOW about it”

You already know that I believe sales is a fundamental skill I think everyone should have to some degree.

If you want to be effective in business, you also have to learn MARKETING.

Without marketing to get your message out, it’s hard to scale sales without much awareness or lead flow.

Fortunately, while the tactics might differ, the psychology behind sales and marketing remain the same.

We are both dealing with human nature.

That hasn’t changed since the dawn of time.

There are plenty of good marketing books to read—and I’m sure I’ll be sharing plenty more.

What I like about Rosser’s book is that it is indeed a classic. He distills his wisdom from decades of advertising experience.

Written in the 1960s—there’s wisdom to be learned from people like him.

I hope these books would impact you the way it impacted me.

Go ahead, pick ‘em up, and start reading.

Intro Okay, so today we are going to talk about Qualifying and Needs Development. This can be also called Discovery, and Value Building. These different terms and buzzwords can very much be over lapping. The overarching theme amongst these concepts…

How Important Is It for Introverts to Learn Sales?

How Learning Sales Impacted My Life as an Introvert       I believe learning sales is incredibly important for introverts. Actually, I wouldn’t say that about all introverts. I would just say that people that would like to improve…

What is the Salesperson’s #1 Enemy?

Hey guys, So after having sold for a number of years and being at different sales environments, from the high pressure “force-your-prospect” “one-call-close” type of sales to more strategic B2B sales, I’ve noticed one of the biggest hurdles for salespeople….