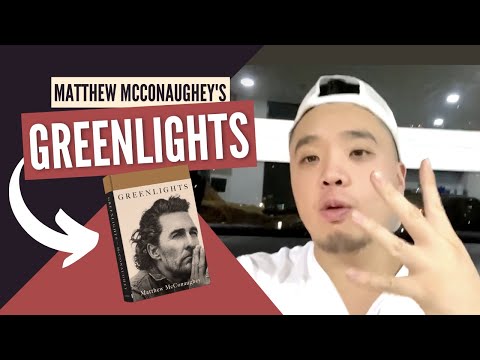 This is the BEST book I’ve read in a while.

Because it’s been so good, I’m deciding to write an entire blog post on the 4 things I learned from this book.

I’ll also share my thoughts on how these things apply to sales.

So without further ado, here we go:

1. Bet on the intangibles

So in this book he shares stories of his betting days when he was younger.

He would bet on the intangibles. Meaning, he wouldn’t look so much at the stats—but he’d look at things going on behind the numbers.

An example of this could be the star quarterback’s father just died before his playoff game.

Now the kid has something EXTRA to play for.

A deeper reason to win and make his dad proud.

He would bet on things like this—and he would do WELL.

What does this remind me about sales?

Well, in sales, you often have to read between the lines.

The best salespeople are masters at sensory acuity and picking up on people’s body language.

In fact, it’s a big part of what “street smart” is. It’s about reading the situation correctly and reading people correctly.

In sales and life, often times the things people say don’t really line up with their actions.

And one of the most important things in “reading between the lines” is watching people through their actions.

A person’s actions say everything.

In a Sarah Blakley (Founder of Spanx) interview with Tony Robbins, Sarah attributed a good chunk of her success due to her foundations as a sales rep for fax machines.

Talk about some real sales training!

She mentioned that it was here where she learned how to read non-verbal cues.

She expressed that having this skill to read people’s body language, and what they’re saying was hugely important to her success with Spanx.

So to bring it back to the point…

Bet on the intangibles.

There were several points in the book where Matt talks about how either a dream or instinct showed him the way forward when facing a challenging position.

I specifically remember a moment when he was in a rural African village, and the biggest and baddest wrestler of the village came up to him to a wrestling match.

This guy was much bigger than Matt, but a small voice inside of him told him to accept the challenge because “you never know what you’re capable of until you try”

Guess what, he ended up winning the fight and becoming a hero of that village.

Have there been times when you seem to get “hunches” or “whispers” seemingly out of nowhere?

Hunches or whispers that encourage you or show you the way?

These are just one example of the instincts I’m referring to.

Perhaps you’ve had an experience where you’ve just had a “gut feel” for something… and you just so happen turn out to be right!

I remember being at Tony Robbin’s Unleash the Power Within Weekend, and him wisely advising us to “trust” our subconscious when it tries to give us hunches or sensations.

Napoleon Hill, author of Think and Grow Rich, mentions that the subconscious tips us off beforehand in order to warn us of any impending danger or be aware of any opportunities.

In other words, when our bodies give us these “hunches” or “gut feels” it’s our deeper intelligence giving us signals.

We should trust these signals.

A good book to check out on this topic is Blink by Malcolm Gladwell.

3. Play to Your Strengths

Okay, let’s be real. Matthew McConaughey is a freakin’ stud.

This guy looks like he was made to be a Hollywood actor. And unlike a lot of once struggling artists who persist long enough to breakthrough…

Matthew got a relatively smooth ride in.

The doors seemed to just open up for him.

“Greenlights” as he would call it.

Despite having the natural looks and talent for acting, Matthew still had a killer work ethic.

You STILL have to work.

There is no substitute for putting the work in.

There is NO other way.

One thing that was clear was that as much as he liked to play, Matthew was NOT afraid of getting his hands dirty and working.

He was willing to do whatever it took to get the job done.

He was no slouch.

Overall this revealed to me that you must play to your strengths.

Whatever you decide to do, you must make it work FOR YOU.

That’s one of the greatest secrets in life is knowing that not everything is for everyone.

And no matter how someone else does it, ultimately you must make everything work FOR YOU.

You must take the gifts that God or the Universe gave YOU, and make it work for you.

It really is about “knowing yourself” to be yourself.

And in being yourself, you be your best self by leveraging your strengths,

This brings us to the next point:

Throughout this book, it was surprisingly clear to me how well Matthew knew himself even from a relatively young age.

Even in his younger high school, college days, he seemed to have a clear sense of himself.

He wasn’t confused about who he was.

He was clear on who he was and what he believed in.

I’m sure it had a lot to do with his parenting growing up.

Matt is a thoroughbred extrovert.

One of my friends commented how absolutely refreshing it was because Matt is also very introspective in this book.

In fact, he talks about this.

In other words, we can all step outside our comfort zones a bit and work to become that much more complete as human beings.

Even as I just wrap up the end of the book, he finishes the book with a note.

It was written just 2 days after he wrapped up his first shoot, also the movie that would forever change his life, Dazed and Confused

It was also just 2 weeks after his father passed away.

He was just in the ripe old of age 22 years old.

It’s funny he wrote this list almost 30 years ago at the outset of his adult life.

He said he hadn’t really looked at it in quite until he found it recently.

And from what it seems, he’s nailed his goals in spades.

How to Have the Mindset of WINNERS

No One Is Coming to Save You

Are you still waiting for someone to get you out of the rut and carry you to success? Hate to break it to you, but… No one is coming to save you. This is a post for my youngsters out…

2 Powerful Beliefs That Changed My Life

2 Key Beliefs That Have Served Me Greatly Over the Past Years Hey guys, Today I want to share with you 2 core beliefs that I’ve picked up over the last few years. I want to share these beliefs with…

Avoiding Burnout: The Importance of Downtime

The Importance of Taking Breaks to Avoid Burnout! Hey, guys. Recently I’ve started feeling the initial signs of burnout. You know when you’re sitting at your desk with every intention of getting a significant amount of work done, ONLY to…