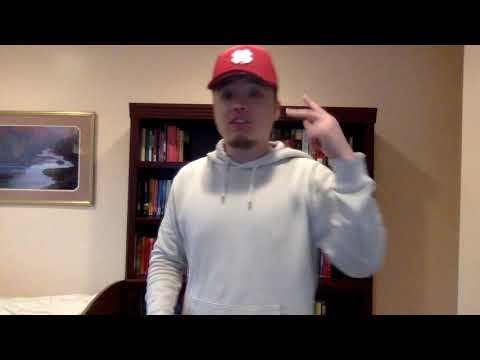 Alright, so this past year, I’ve been part of a mastermind group run by Andy Frisella and Ed Mylett.

I must say, just being a part of this group, and being associated with the caliber of people in Arete…

Makes you raise your standards.

And I will say that I absolutely plan on continuing to be a member next year, and hopefully many years to come…

Which are the foundational core teachings of Arete, that I’ve learned so far this year in the Arete Accelerator.

1. The concept of FIAT

The first and second points are both going to be acronyms.

Each letter stands for something.

The first exmaple, FIAT, stands for….

Now, let me explain each one real quick.

What I learned, is that as people, once we strengthen and maximize each one of these 4 areas of our lives, we would be able to scale anything.

Faith is necessary for success.

In order to achieve the level of success Andy and Ed have, (by any measure) they had to develop a faith in themselves and the universe that’s unshakable.

No matter what religion our belief you may subscribe to…

Influence as in our ability to influence people… we’re talking about both sales and leadership skills.

If you’re reading this blog, it should be pretty clear why it’s important to master sales and leadership no matter what your calling.

In essence, it is what people think about and how people feel when they picture your brand.

It is your personal brand.

It’s your own unique stamp, and while other people might try…

No one can completely counterfeit it… and no one will ever be as good as you in your own personal brand.

This is fairly self-explanatory as well.

The greater degree of tenacity and perseverance we have…

The greater influence and impact we’ll be able to make on the world, and the greater we’ll achieve.

Those things are burned into my mind after this year in the Arete Accelerator.

And I’m glad they are because they are some core tenets to live by, that’s for sure!

2) The concept of CARE

We all know what care means…

And we’ve all heard how “powerful” it is in business.

And on a gut level, we know that to be true.

The acronym CARE here expands on that with:

Part of being a good person means having good character…

While that may seem obvious, here is something that might not be AS obvious.

We attract who we are.

Not who we want to be… for the most part, we attract who we ARE.

This is true in relationships or as in friendships.

I’m sure you’ve heard the expression, “birds of a flock fly together?”

There’s truth to this.

So if we want friends who are people of integrity, dependable, loyal, and people who CARE about us….

We must be people who are loyal, dependable, of integrity, and who care about others as well.

We attract who we are.

We get what we put out.

We live in a world today filled with constant distractions.

Literally everywhere you look, there’s a potential opportunity to be distracted.

Whether it’s with social media, or another app, or a text, or an ad…

Countless distractions are fighting for our attention each day.

That’s why undivided attention is so rare these days.

Have you ever a seen a family sitting at a table at a restaurant but everyone is looking down at their phones?

If you’re willing to stand out a bit, and give your undivided attention to the other person while he or she is talking….

Without you having to go look at your phone,

You’ll stand out like a sore thumb compared to everyone else.

And that’s a good thing, because it will show that you actually care.

Okay, so here we’re talking resources both money and non-monetary resources (like time).

You want to embrace and learn to love providing your resources for other people, for people you care about.

Basically, being someone whom other people depend on.

When other people need a connection for something…

Or simply when a friend might be going through a tough time and need support financially….

Basically this is the person that everyone else depends on…

The person people go to when the need someone “to get the job done”.

You want to be THAT GUY.

We’ve all heard it before but it’s so rarely done, and that’s exactly why it’s so effective.

Because most people will opt for the easiest way to do something. (Sounds rational doesn’t it?)

And that’s why the top performers will continue to win.

It’s by going that little extra mile in every aspect of your life, doing a little bit more.

Raising your own standards just a little bit more, pushing your potential.

Another thing I learned is “how you do anything, is how you do everything…”

Because as we said earlier, what we put out, we are sure to get back.

Serve your clients well, go above and beyond for them.

And they will do the same for you.

Alright the next thing I’ll share with you is the law of cause and effect, or otherwise known as the law of reciprocity.

Basically it says whatever you put out, you will get back.

Another word our society recognizes for this is “Karma.”

The law of reciprocity says that what you put out, you will get back…

What you do for another, you will do unto yourself.

I have this thought….

That regardless of whether it’s science, religion, mathematics, physics, or the arts….

“All roads lead to Rome,” so to speak.

Like how in physics there is Newton’s Third Law: “for every action there is an equal and opposite reaction”

This is the law of cause and effect.

This is the law of reciprocity.

In Christianity this is known as “The Golden Rule”… particularly in Matthew.

These things are all telling us the same thing…

That there is a universal law of cause and effect here!

What we put out comes back to us!

If we put good out there, good will eventually come back to us!

That’s not to say that will happen the next minute…

Since we’re so conditioned these days to instant gratification with everything online & digital.

But in time, what’s sown must be reaped.

So if you’re putting good stuff out there…

Over time, you will get good stuff (value) back! Whether that’s in the form of money or otherwise!

Put out good value out there, help people, be patient… and it will bear fruit!

It HAS to! That’s how the universe works!!

On that note, another thing I learned was that the slightest and subtlest desire (thought or act) of malice I have for another person will come back to harm me…

And similarly, the slightest desire (thought or act) for love and gratitude for another will have a positive impact on myself as well.

We truly are one big family, and we are all connected.

I think it’s important to realize that…

A time when we need more leaders to step up.

But a great leader is someone who can create more leaders.

I think more than ever… we have a need for GREAT LEADERS to emerge.

Will you be one?